A new Interview of AstroBoy director, David Brower is launched at imagi website. 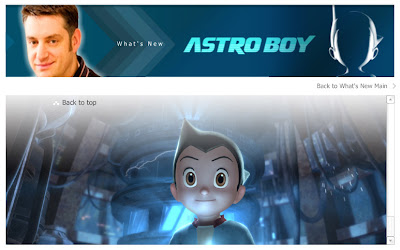 "I want Astro Boy to be a really special movie, a mix of action-adventure with lots of comedy and a really emotional story at its core. It's an iconic property and deserves respect, so I don't want to give it the glib, pop-referential treatment that so many animated movies have today. Instead I want it to stand as a classic superhero origin story, something befitting the icon of Astro Boy, kind of along the lines of Richard Donner's Superman. I want it to serve as an introduction to Astro Boy for western audiences whilst remaining faithful to the lore of Asian audiences. Astro Boy is a treasured icon in Japan and so I'm working closely with the Tezuka estate to ensure I get everything right."
pls click [what's new] at the bottom of the main page to read more 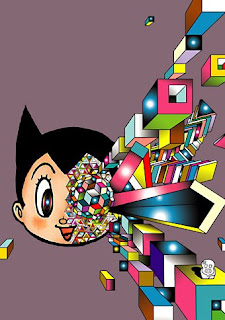 An exhibition featuring pieces by 35 artists based on the work of late comic legend Osamu Tezuka called "Tezuka Gene: Light in the Darkness" is being held at Shibuya Parco Part One until Nov. 10.

The event, commemorating the 80th anniversary of his birth, will display pieces inspired by various aspects of Tezuka's work, his expression, and his view of the world. 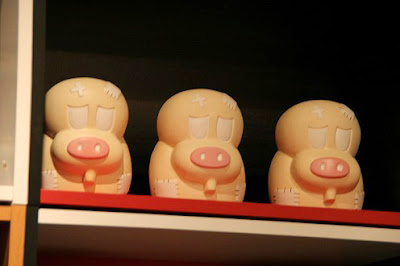 Email ThisBlogThis!Share to TwitterShare to FacebookShare to Pinterest
Labels: AstroBoy 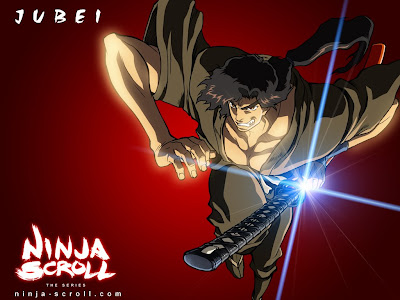 It seems the next big Hollywood trend to snap up rights to cool cartoon that came out of Japan since 1960. Already in the works are adaptations of ‘Astro Boy’, ‘Gatchaman’ and ‘Dragonball’, today we can add ‘Ninja Scroll’ (獣兵衛忍風帖) to that list.

“Ninja” is set in feudal Japan and follows a ninja who must fight eight demonic warriors in order to save Japan. The hard-R movie, released in 1993 in Japan, featured a villain with stone skin, a hunchback with a wasp nest as his hump and a woman whose snake tattoos come to life.

Having personally never seen Ninja Scroll I don’t know if it would benefit or not from a Hollywood adaptation. What I do know is that if this current trend continues, as it did for comic book movies we might eventually get adaptations of the cartoons I actually DO like, which can only be a good thing if they are treated with the same respect that comic book movies are at the moment.

Email ThisBlogThis!Share to TwitterShare to FacebookShare to Pinterest
Labels: ComicMovie 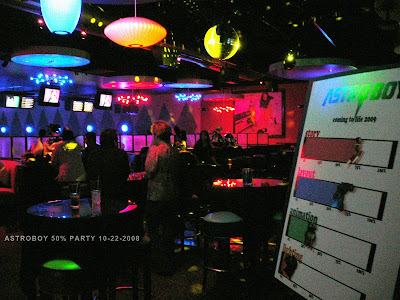 We had a party today to celebrate 50% complete of AstroBoy pre-production overall... there is one year time to release date. BTW, i have no idea how much % of visdev we had completed now, more than 60%, i guess... I just know we still have a lot to do. : ) 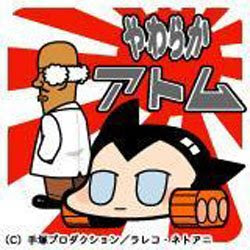 Astro Boy, created by animation pioneer Osamu Tezuka, robot with a soft, adorable face, a feature that partly explains his global fame. is a superhero

But the robot, called Tetsuwan (Iron Arm) Atomu in Japanese, might be even better if he had a soft body to go along with the face. At least that may have been what a Web animator who goes by the name Rarecho was thinking when he came up with Yawaraka (Soft) Atomu, a character unveiled at the first Japan Animation Content Meeting, or JAM, last October. 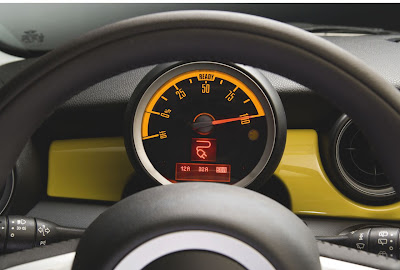 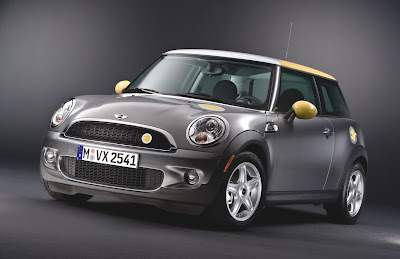 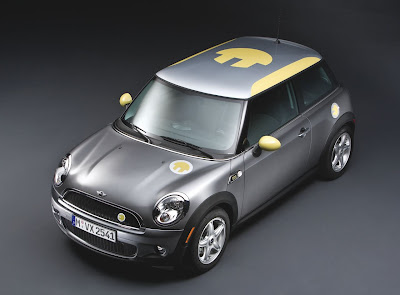 BMW has finally unleashed some information and photos of the much anticipated MINI E set to debut next month at the LA Auto Show.....
read more

The design looks exactly the same as the normal cooper, the graphics is interesting, i like the color combination. We have chance to see LA Auto Show this time since we are in LA now!! I have never been to the auto show with Concept cars, i can't wait to see that.
Posted by felix ip at 4:51 PM 1 comment:

Email ThisBlogThis!Share to TwitterShare to FacebookShare to Pinterest
Labels: Design 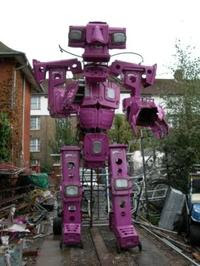 The robot is over 6 meters tall and made up of more than 33 recycling bins. He is part of Tower Hamlets, UK recycling campaign.

Tower Hamlets has one of the worst performances in terms of recycling. Mr. Recycle More will hopefully spur folks on to better recycling habits.

Email ThisBlogThis!Share to TwitterShare to FacebookShare to Pinterest
Labels: Robot

Animax have released a list of their Top 100 Robot Anime of all time, with Atroboy making the list twice, Ranked 5 and 12.

.you can see the previews by searching the titles here: animenewsnetwork.com
.read more about: 機器人動畫
Posted by felix ip at 11:07 PM 5 comments: 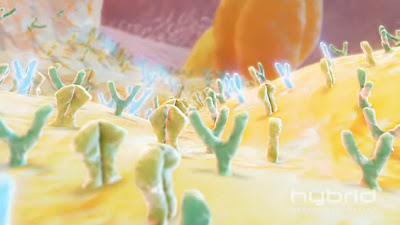 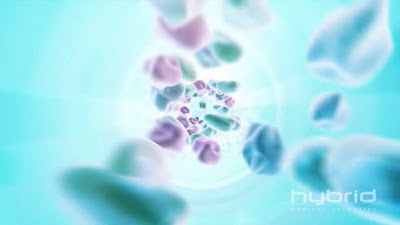 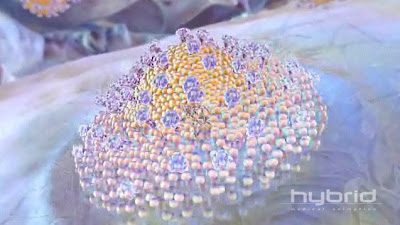 Look at these!! Such a beautiful medical animation! How amazing how they combine the medical knowledge and artistic together. I just like how play with the color and layout, just like a fantasy world... check their website Hybrid Medical Animation to see their demo reel, so cool. There are also lots beautiful medical illustrations.
Posted by felix ip at 3:53 PM No comments: 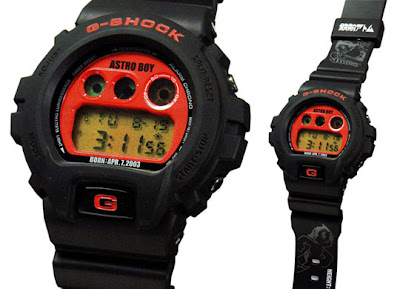 It's almost been 20 years since the death of the Osamu Tezuka a.k.a. "the father of anime" and the creator of Astro Boy.... In order to commemorate his death, Casio will be releasing a limited edition Astro Boy G-Shock watch towards the end of November.
-6900 model comes in a black red colorway
-1,000 pieces will be produced
-$150 USD
Posted by felix ip at 10:25 PM No comments:

Email ThisBlogThis!Share to TwitterShare to FacebookShare to Pinterest
Labels: AstroBoy

The release date is in US

Television
Specials, OAVs, and ONAs
Movies
And here's a list of stuff to look forward to next year and beyond.

Television
Movies
Stuff Coming in 2010
Coming Sometime in the Future
Posted by felix ip at 8:27 PM No comments:

New Cassern anime will release in Oct produced by Madhouse and Tatsunoko. This is one of my favorite superhero when i was young. See the trailer here. I Hope the story is good...
official website

Here is the sequence I like the most form the Casshern Movie, the art direction is good. 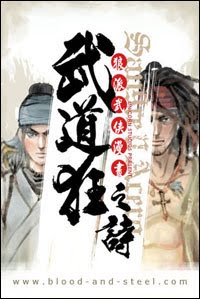